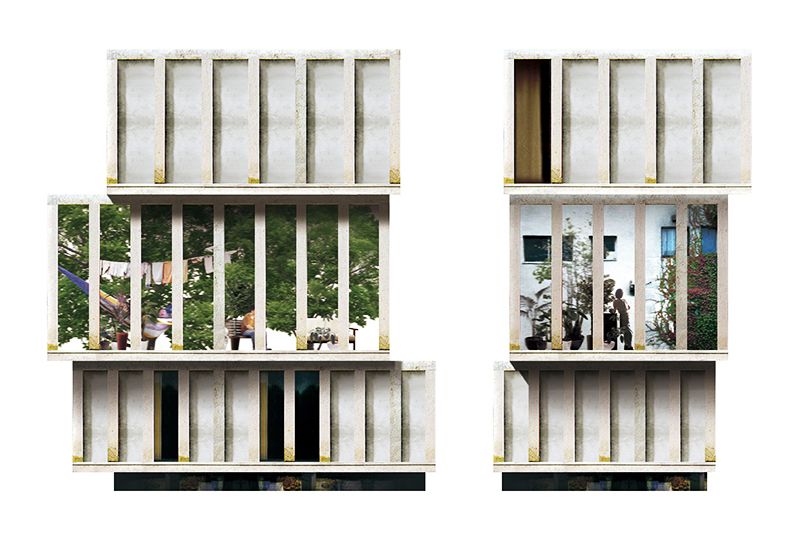 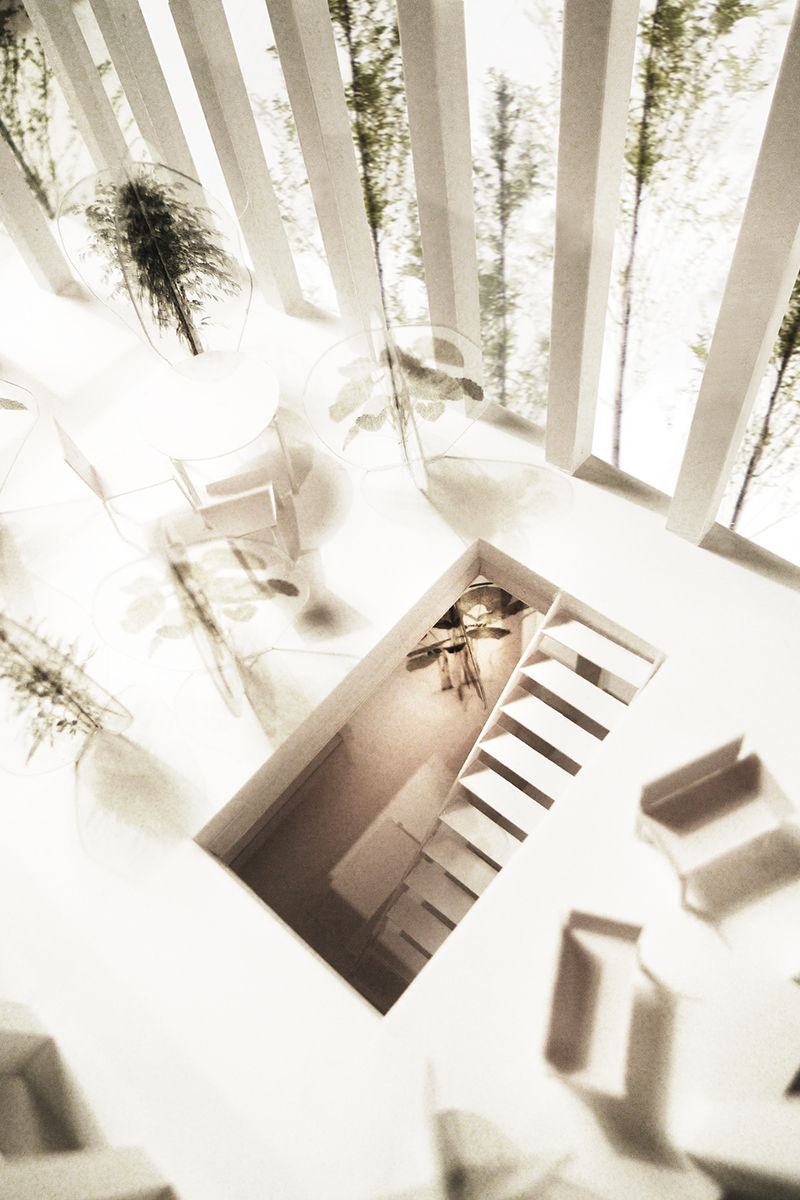 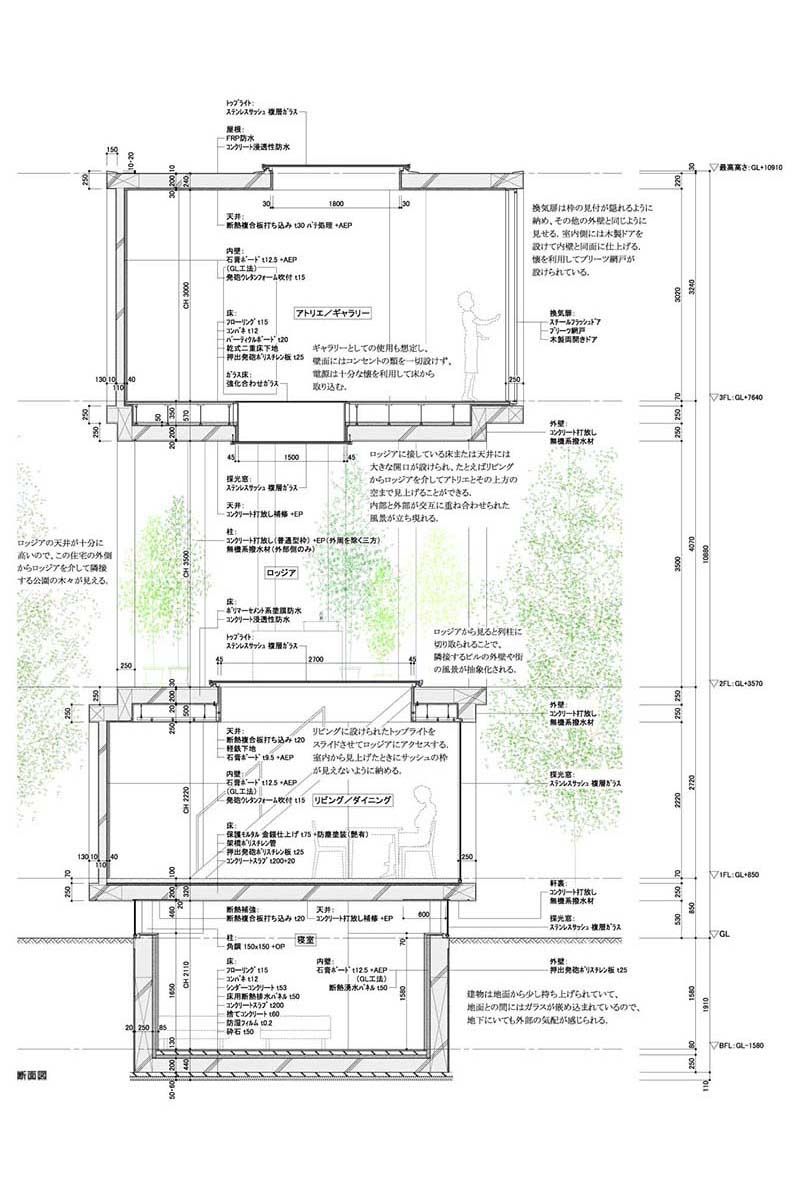 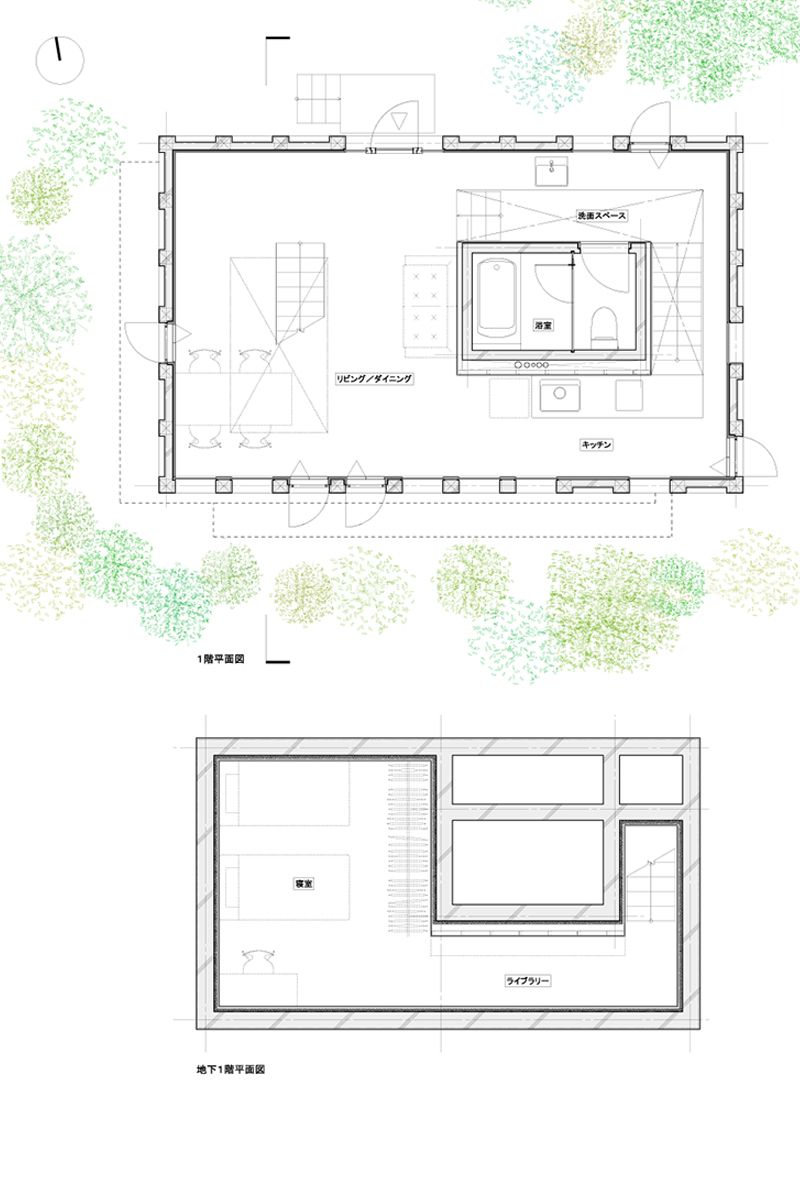 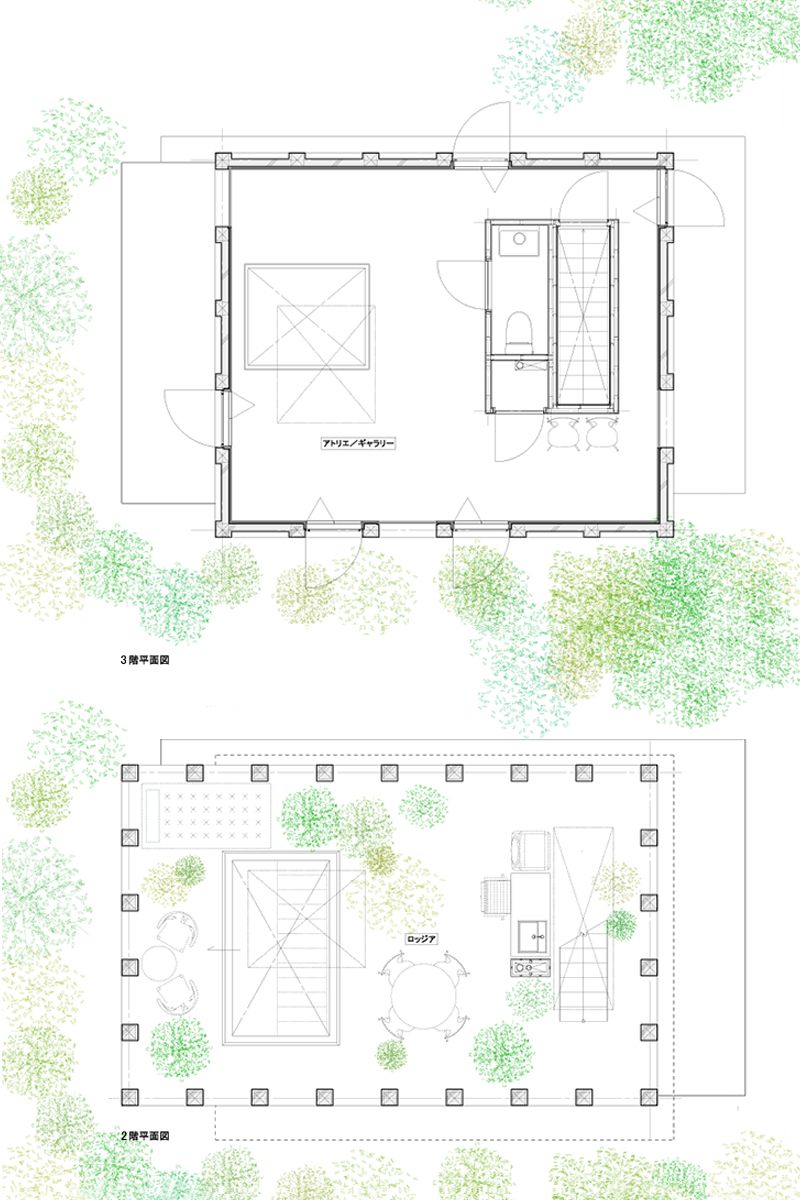 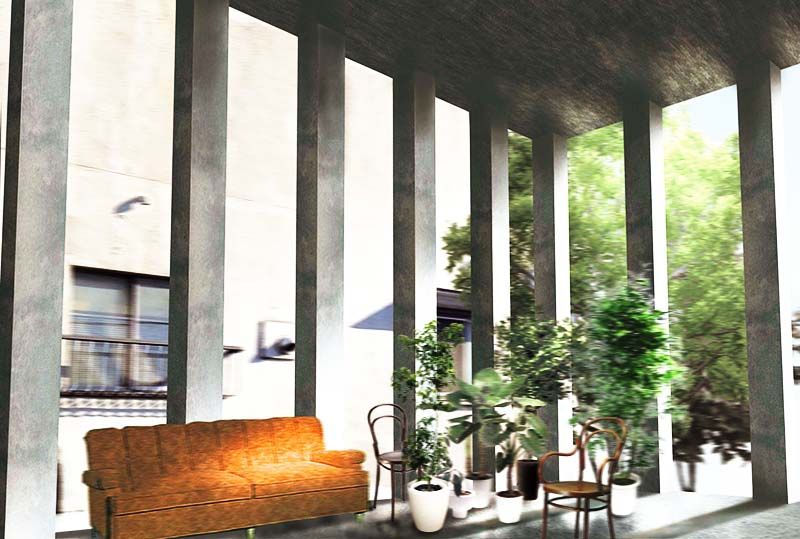 The house with atelier planned in the West of Tokyo. This house contains a large outside terrace (loggia) between the first floor residence and the third floor atelier. The loggia is like a garden, and its size the same as the other floor. Since the loggia is covered with the roof, one can still enjoy being outdoors on a rainy day. The residence is located in the first floor and the basement floor. The top can be opened to the loggia, so whilst being protected as a living place you are able to engage and feel the outdoor qualities. To access the atelier, you need to pass through the outside loggia, this experience hints that the atelier is a place for creation that is somewhat distant from the consciousness of everyday life. Perhaps it feels more like leaving the house rather than simply walking into another room. This can also be interpreted in a certain synchronicity to the client's current lifestyle; renting an entirely separate room within the same apartment complex in which he lives as an atelier. Just as the space was internal, variety of furniture are laid out, allowing for many different ways of using the space, not only for hanging laundry, but can also be space for reading, work, and so on. The loggia is opened to the city, people passing by the neighborhood can looks up, and see trees of the park, ivy on the wall of the neighboring building, and the sky through and beyond the loggia. It is as if the scenery of this city is formed while occupying a part of this house.Rather than confining one's life within a finite area, the project seeks to diminish the distinction of inside and outside by the melding the scenery of both the house and the city in the everyday life, anticipating an open space rich with life.