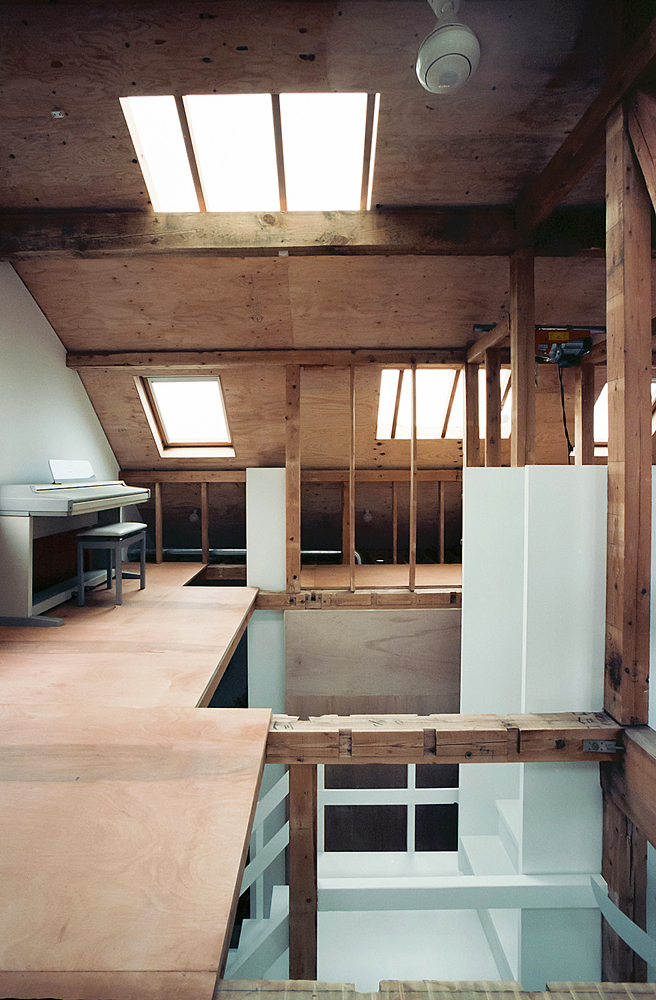 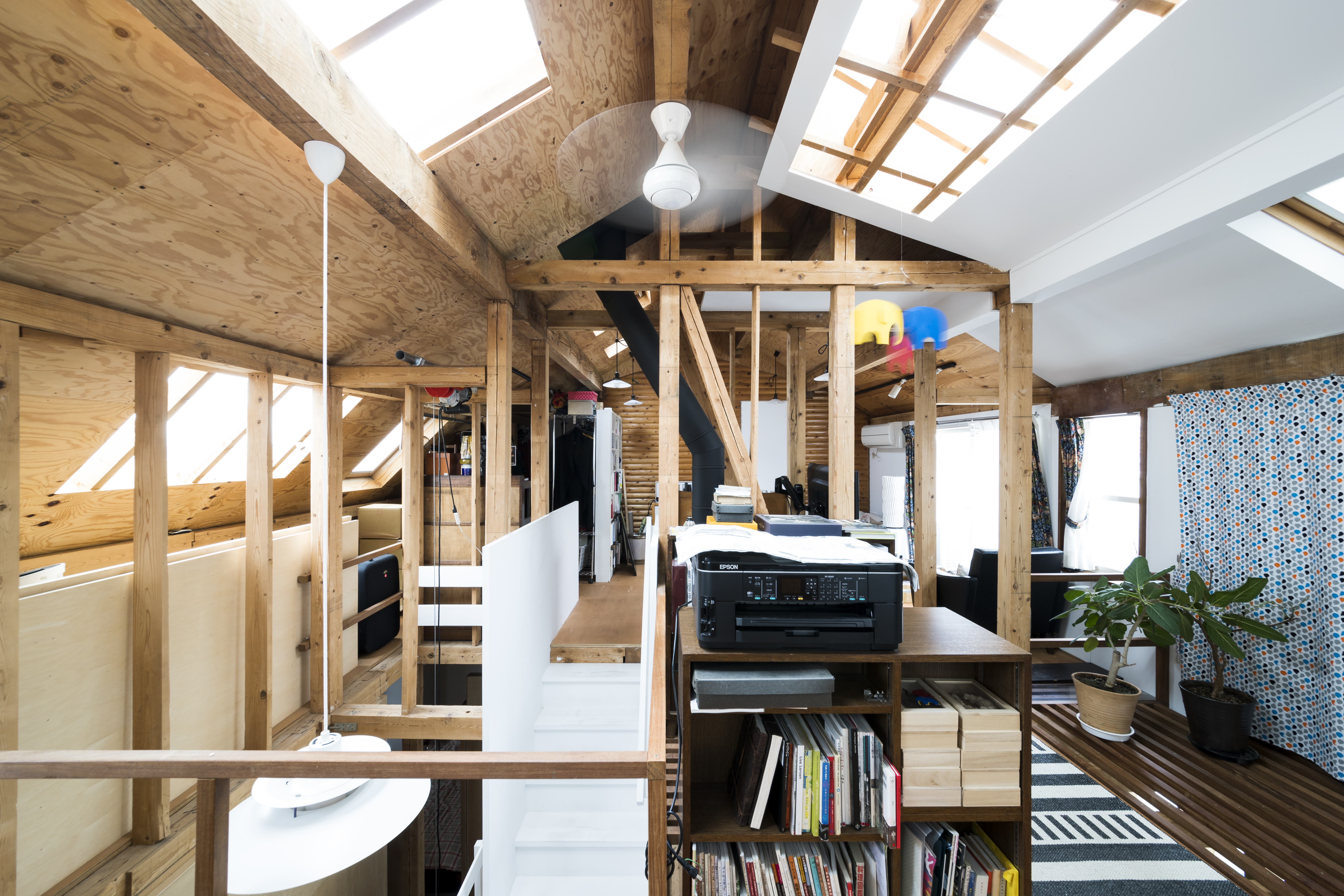 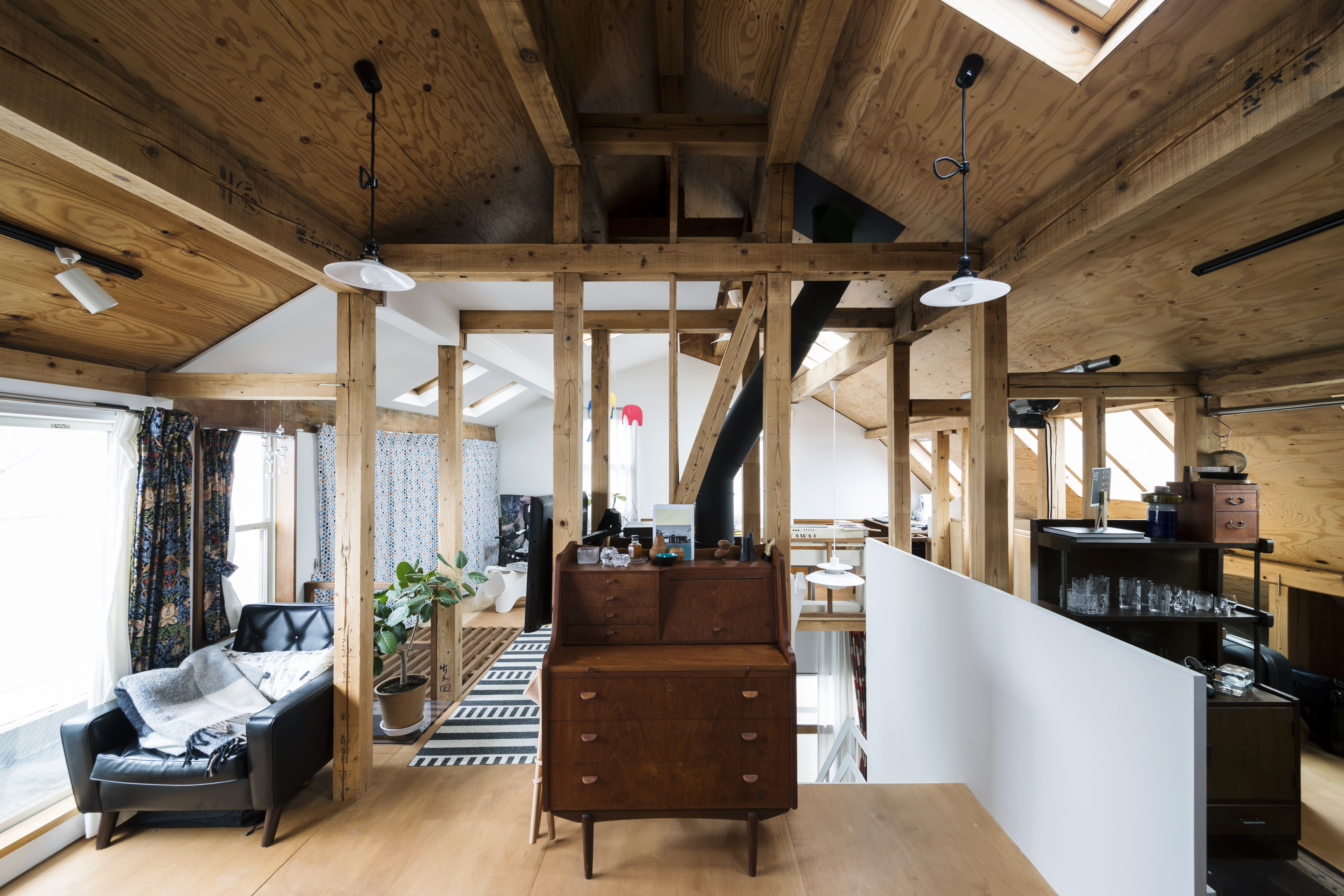 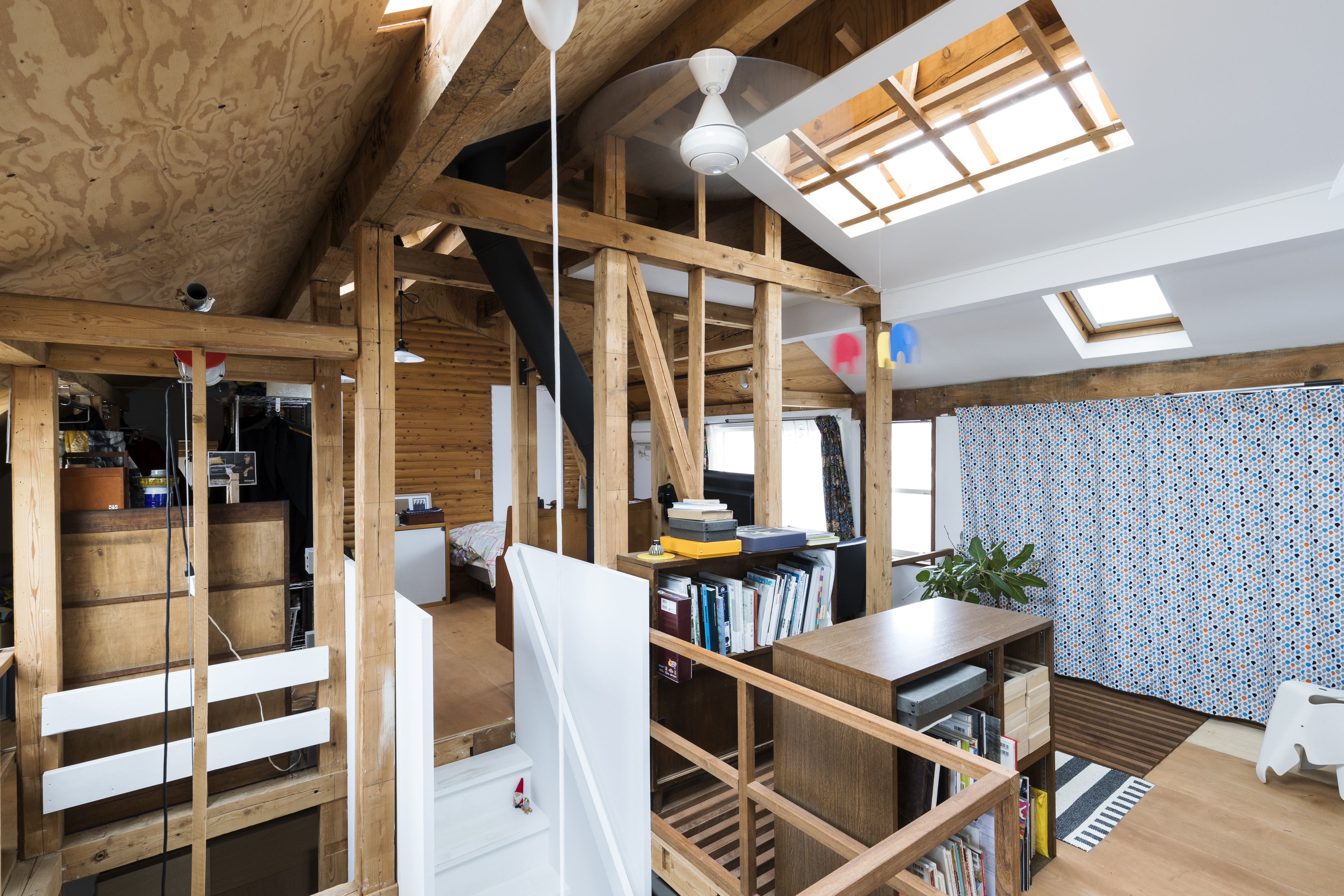 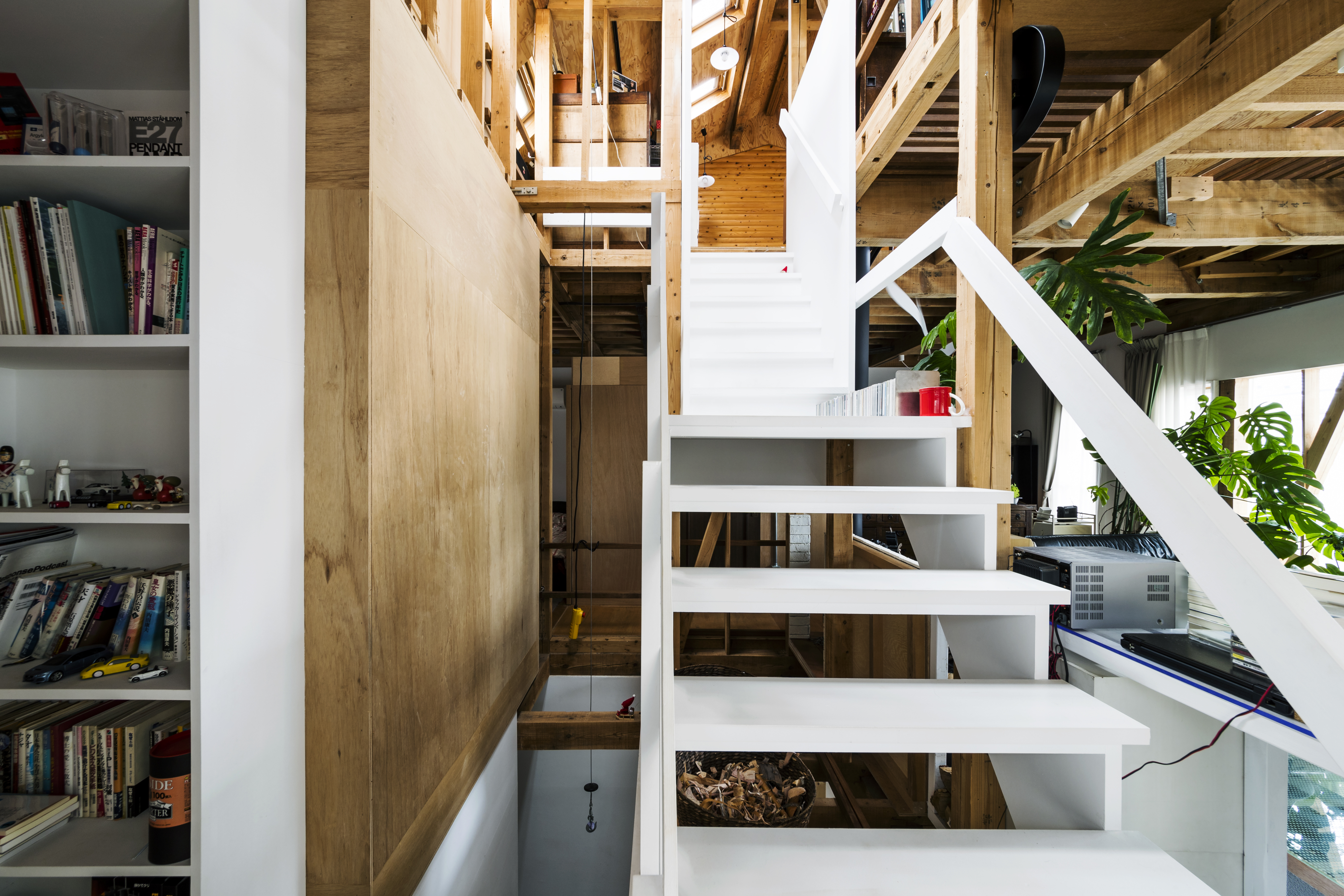 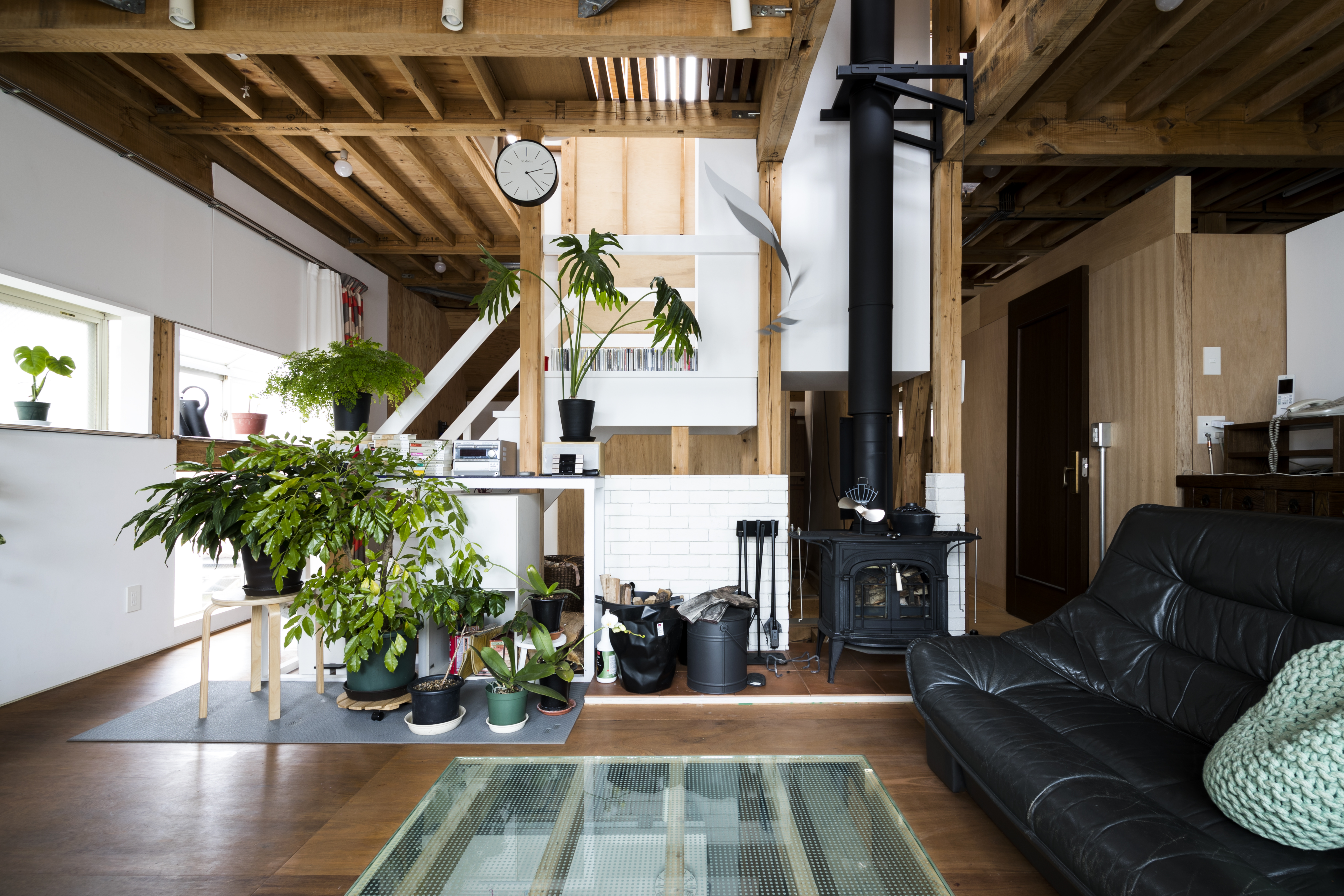 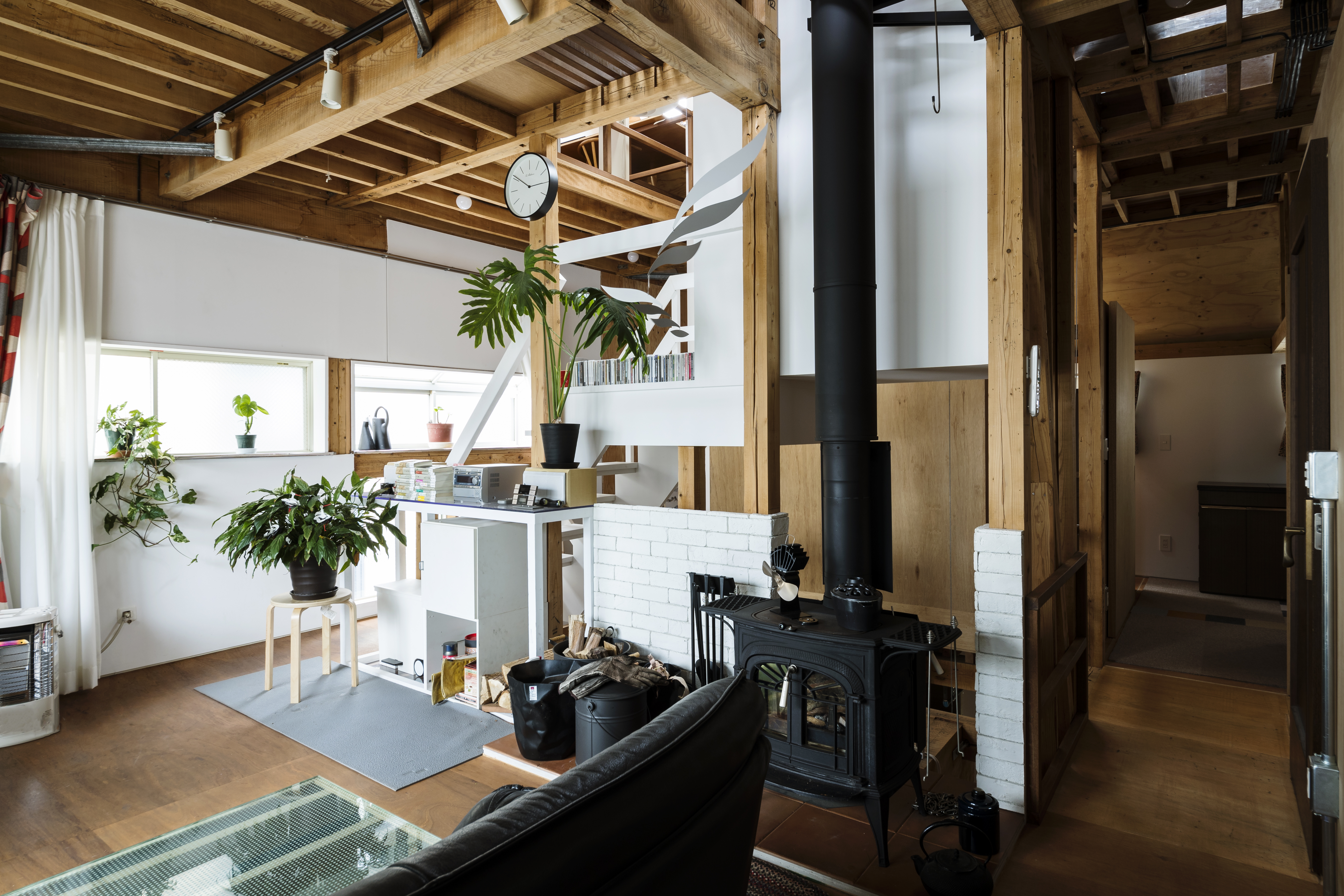 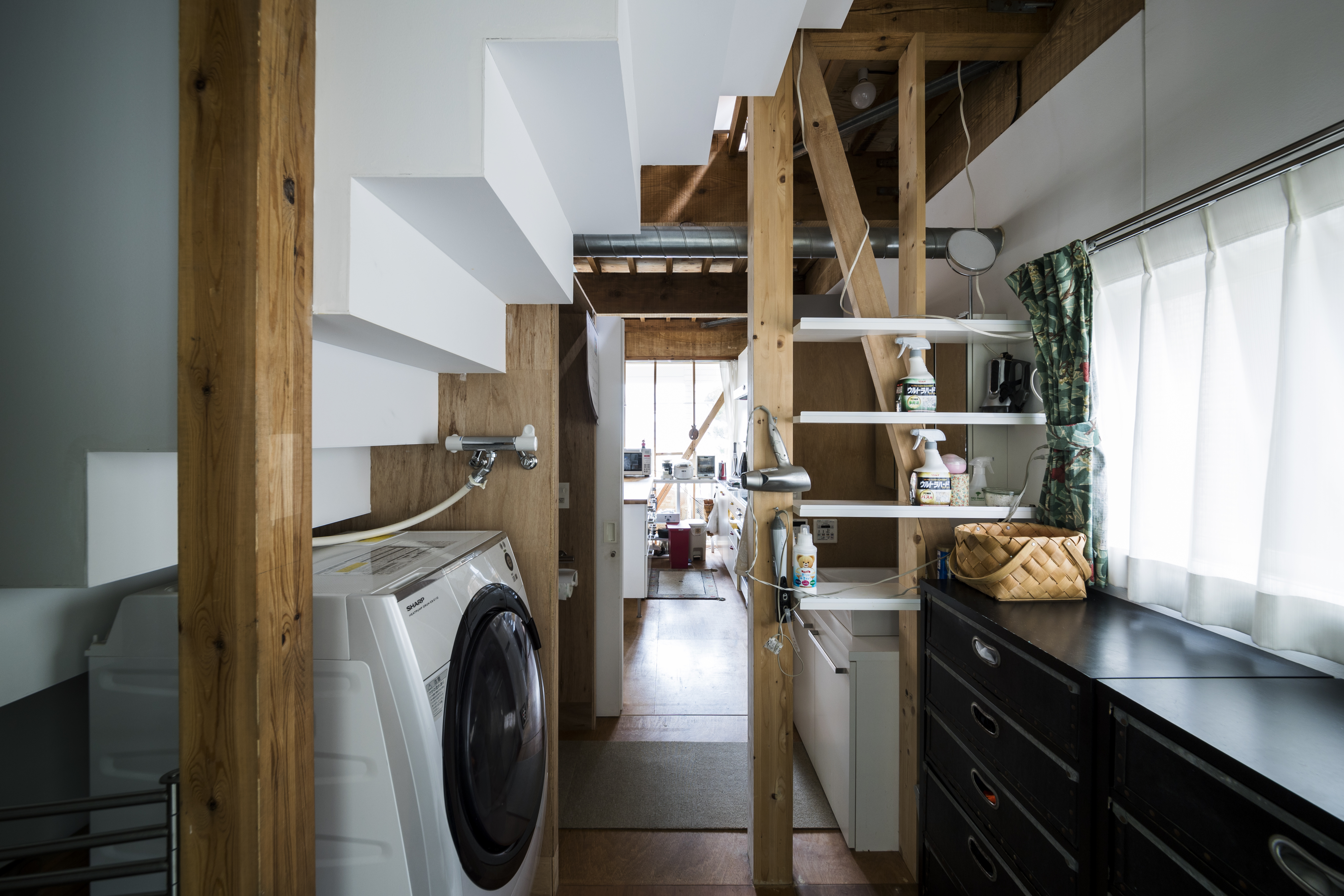 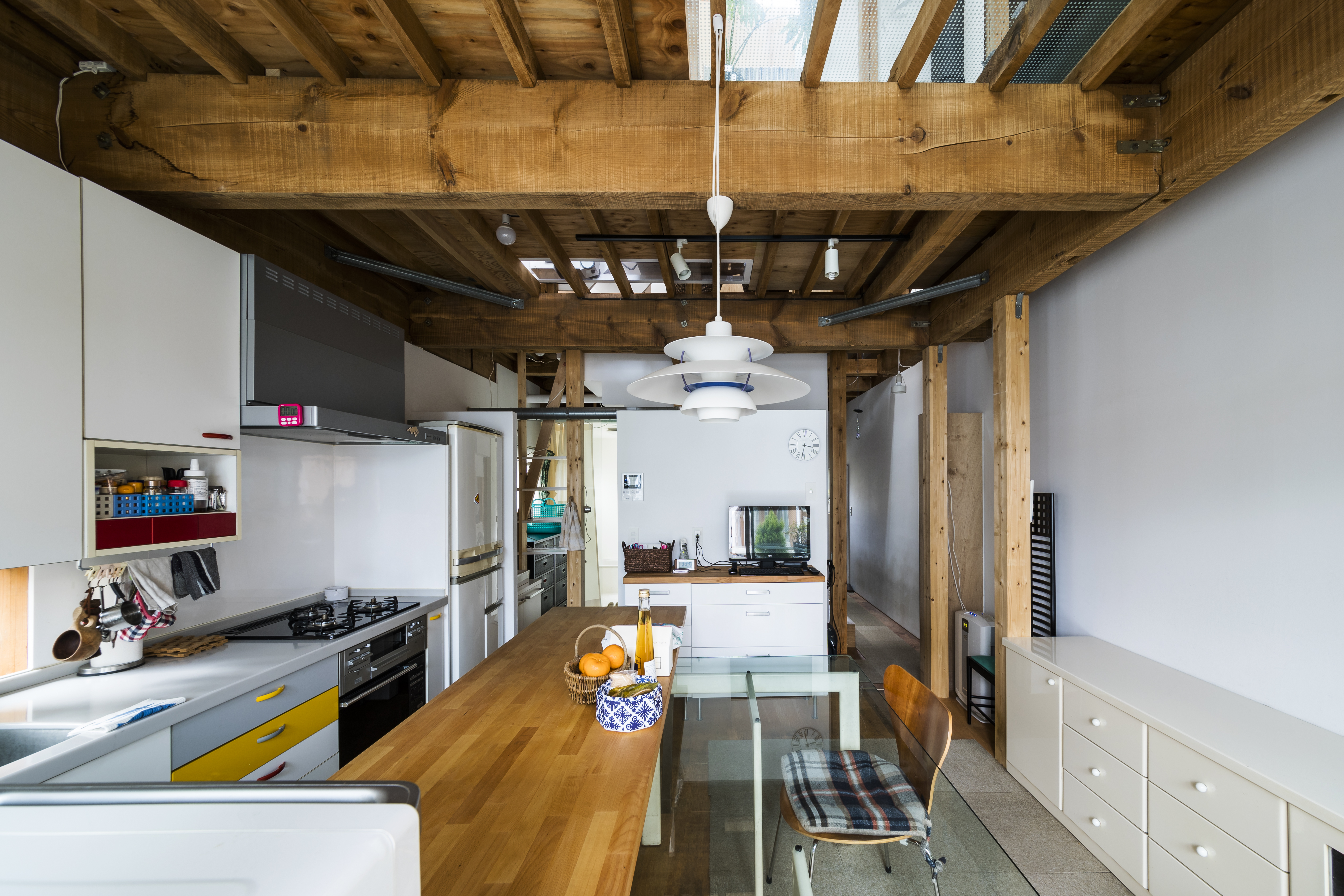 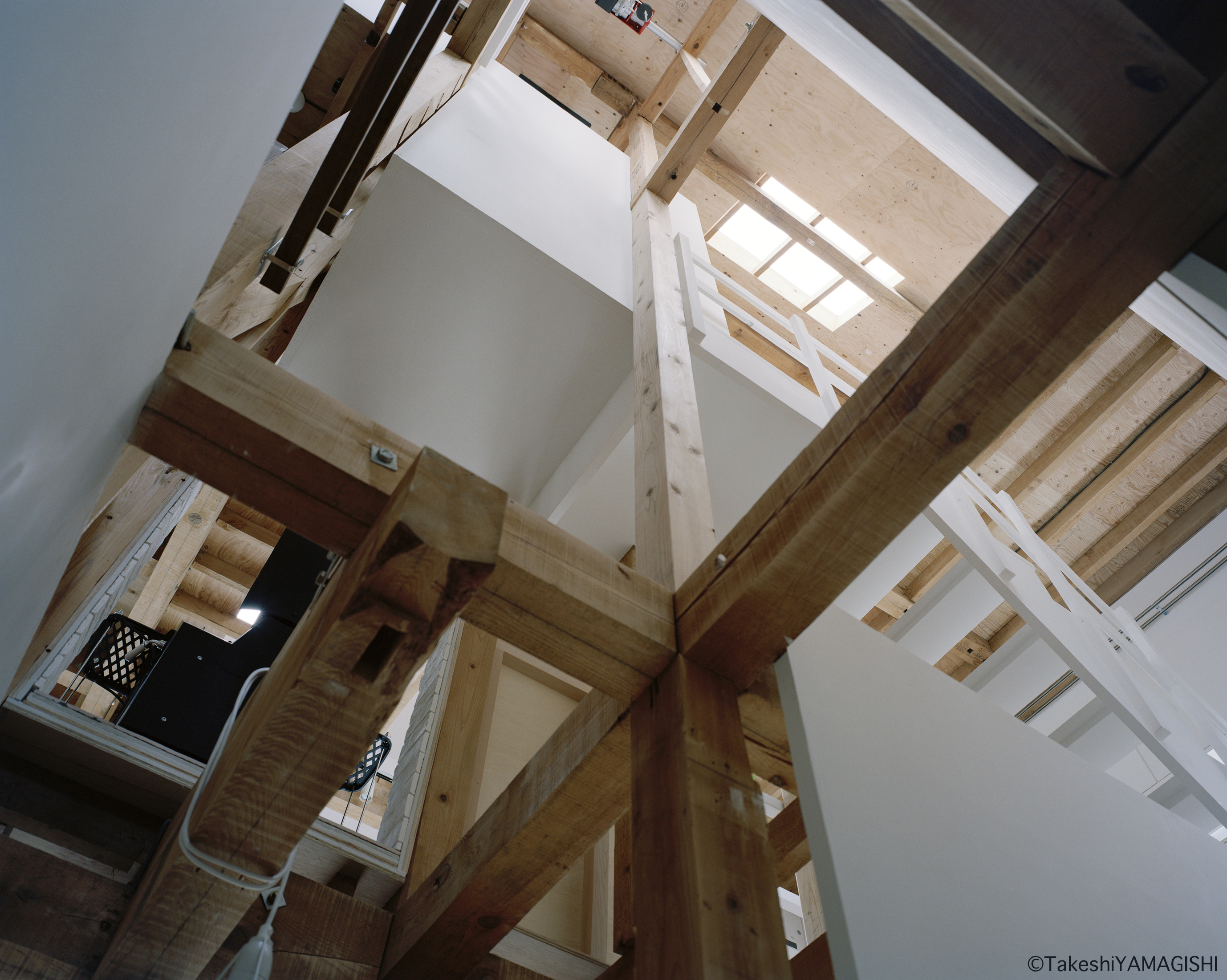 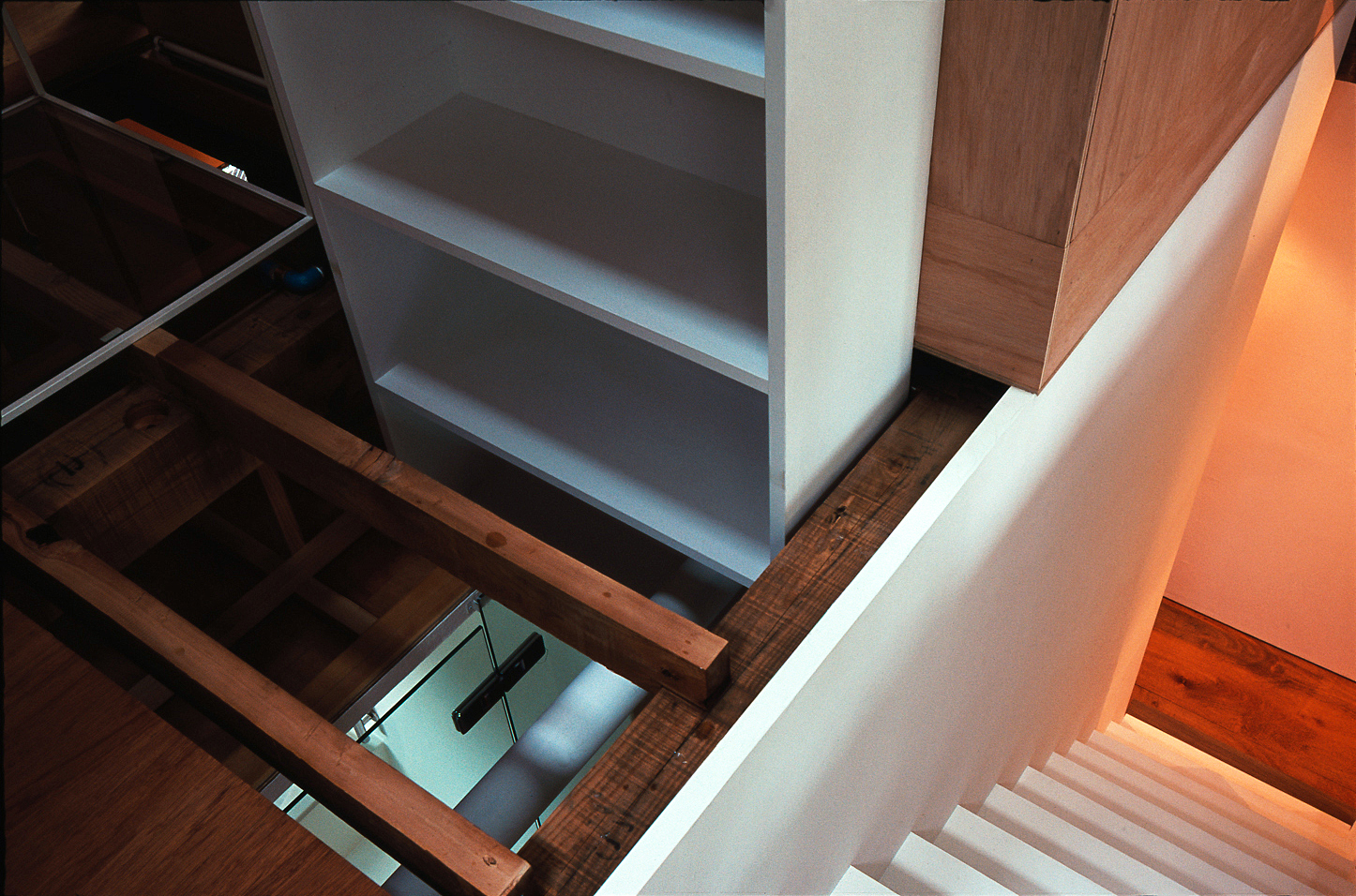 From Renovation to Fragmentation
The renovation of this part-lease/part-owner-residence in Chofu, Tokyo set off firstly to expose the skeletal structure in order to reinforce its outdated structure and renew the building from service/utilities point of view. For the owner residence unit, while exposing the three-storey timber framework, living spaces were carefully orchestrated to accommodate flexibility for the owner couple after their children eventually become independent.

From the start of the project I could not shake off a sense of dilemma in following the common approach often seen in traditional renovation design of distinguishing the contemporary addition beside its antique counterpart, it felt as if I would be partaking in a process of discontinuing, or drawing a line within the history of this particular place. This intuition soon became stronger that if simply taking the pre-existing structure as framework for design would lack regard towards 25 years of family’s history and bond with this place. I aspired to recapture history not as an archaic specimen of the past but as living architectural elements. Upon closer observation of this notion of time, not only does the house itself and its users nurture specific time through the lives they live, but also inherently specific within each unique items and belongings such as furniture, photos and books. Furthermore each architectural elements in the likes of beams and columns within the house play a fundamental role in shaping how one live. Thus it became evident that the brief of this project will only strengthen and diversify the layers of time already nurtured within this house. Rather than imposing a new order, I anticipated to discover the old, identify new ones and welcome the unforeseen layers of time to coexist in space. In this project, all of the parts which compose the house; from former parts to the new ones added are fragmented and juxtaposed in space. Fragmenting diverse matters is analogous to positing a myriad of variations for users and each matter to relate to one another. As a result, varieties of everyday scenes emerge from and within the relationship scattered throughout the space, traversing major spatial zonings such as living/dining rooms. Day to day users relate to space to discover the rich and diverse comprehensions filled in life. Such method of Fragmentation; expanding the calibre of time of all matters that make up architecture, I believe engenders new way of how man relate to space.