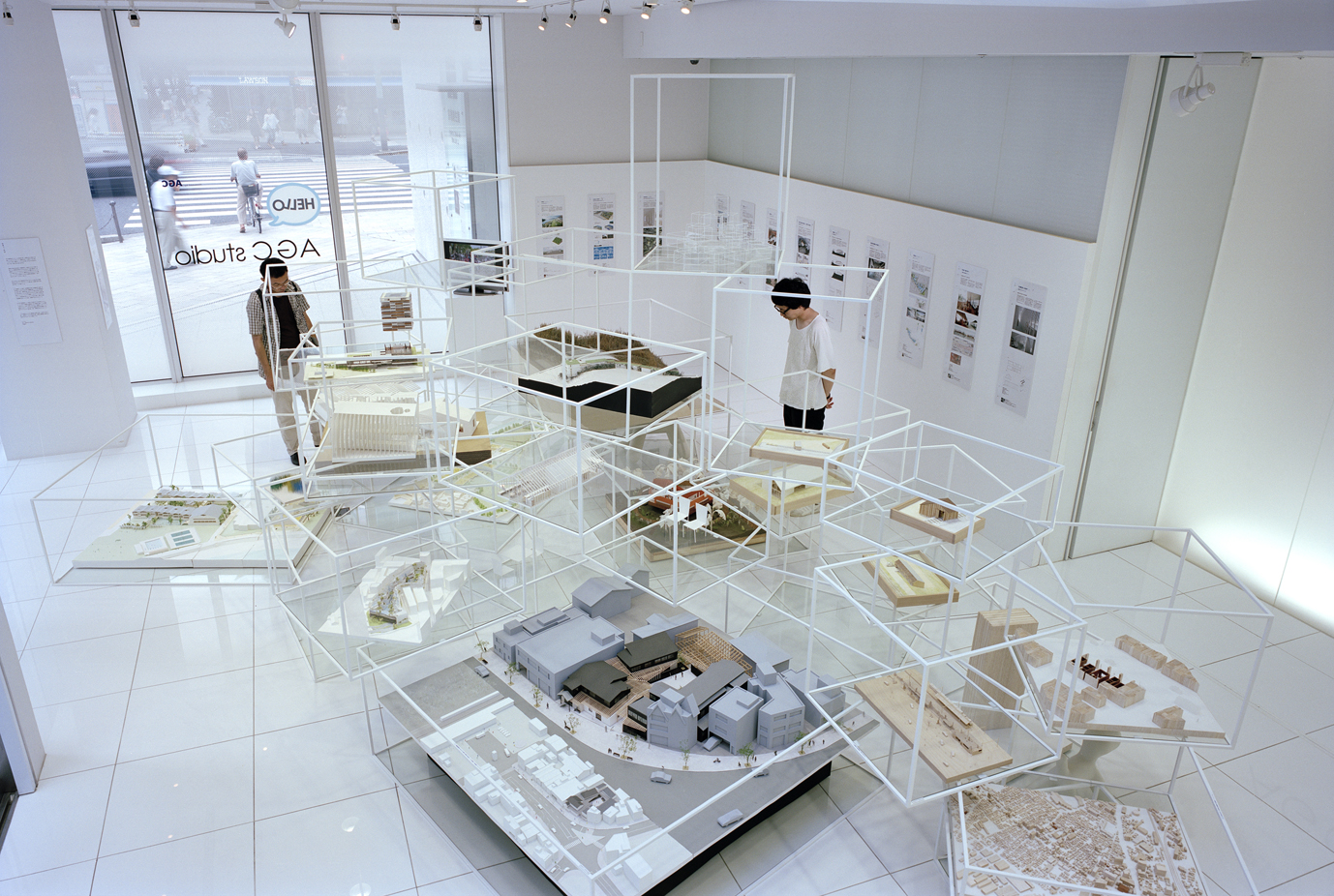 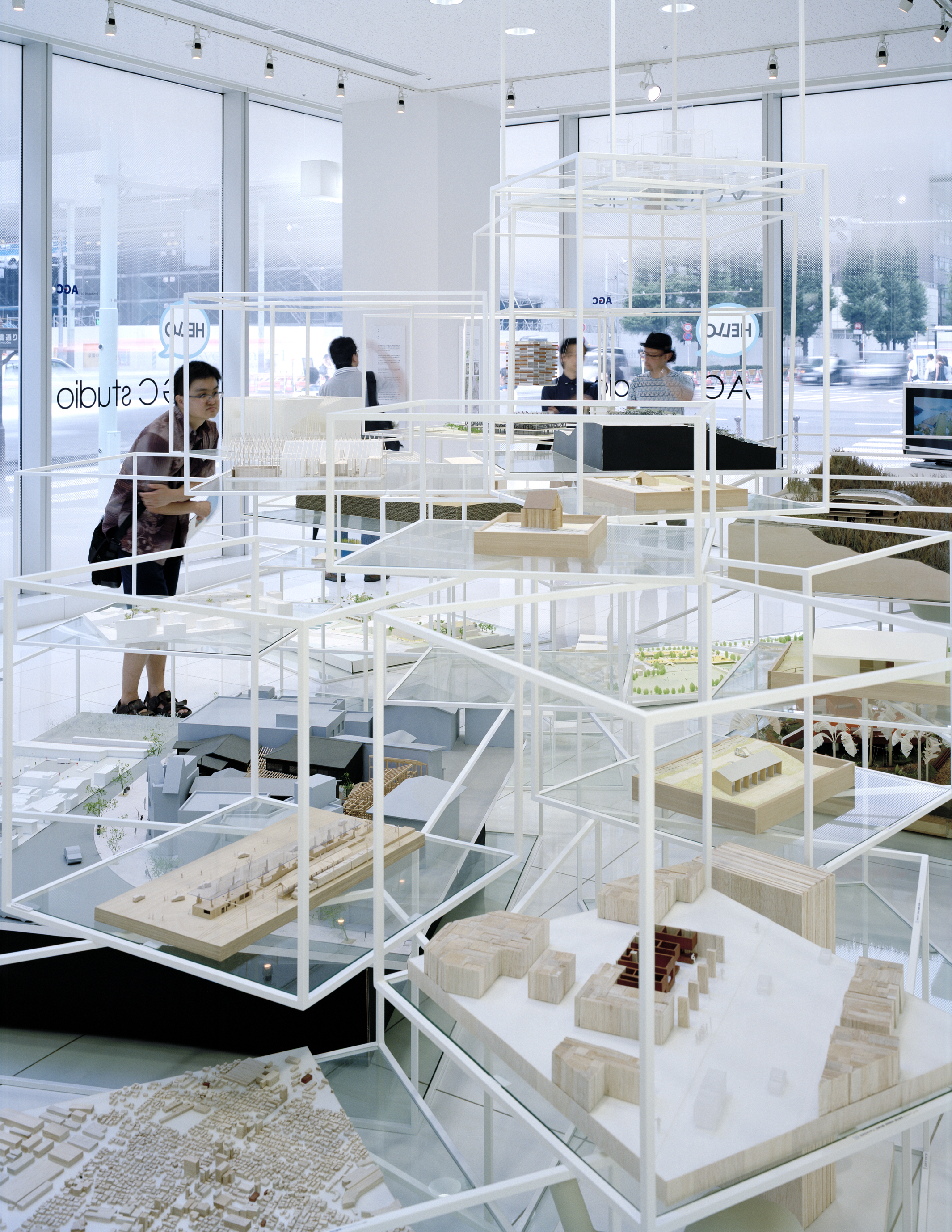 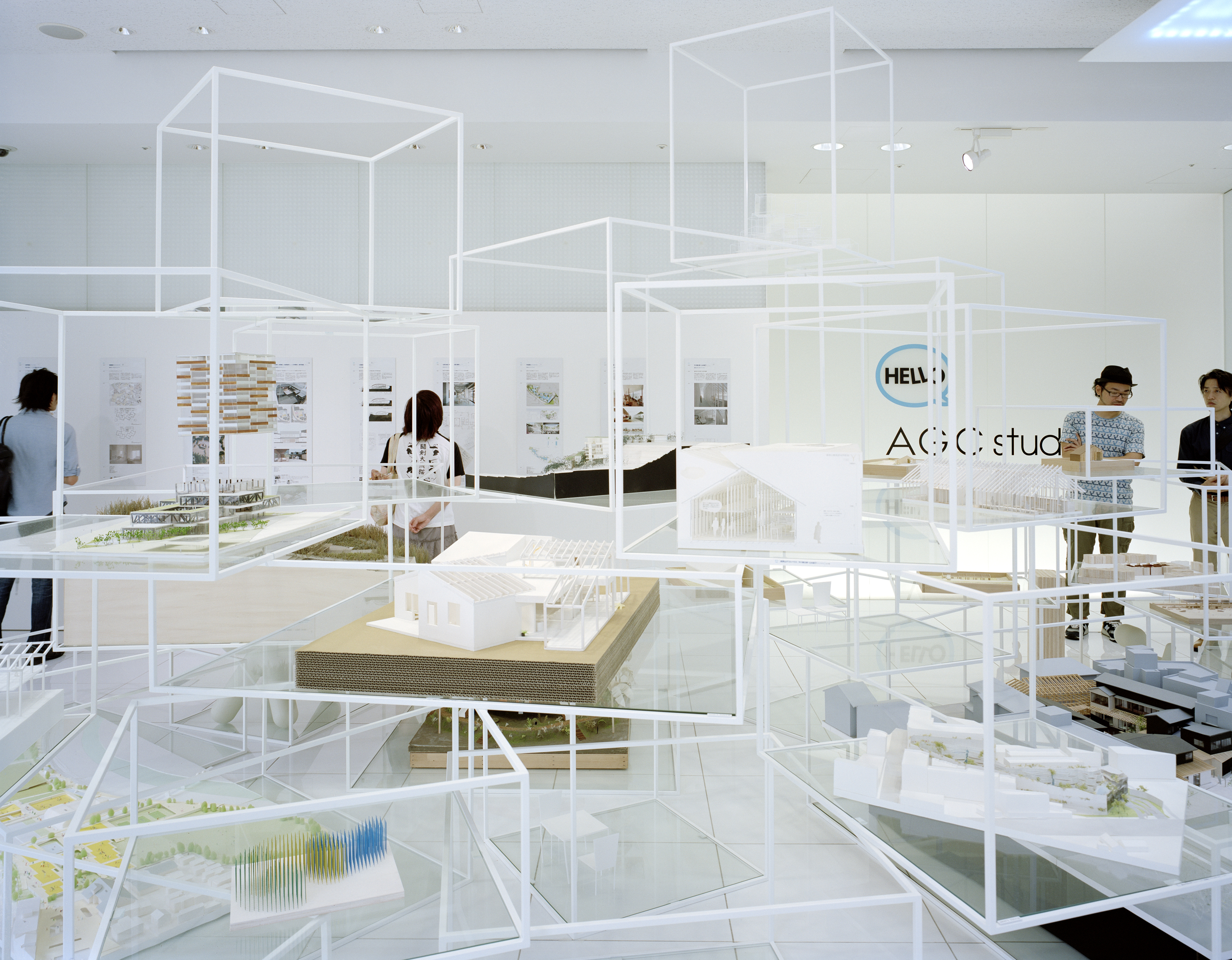 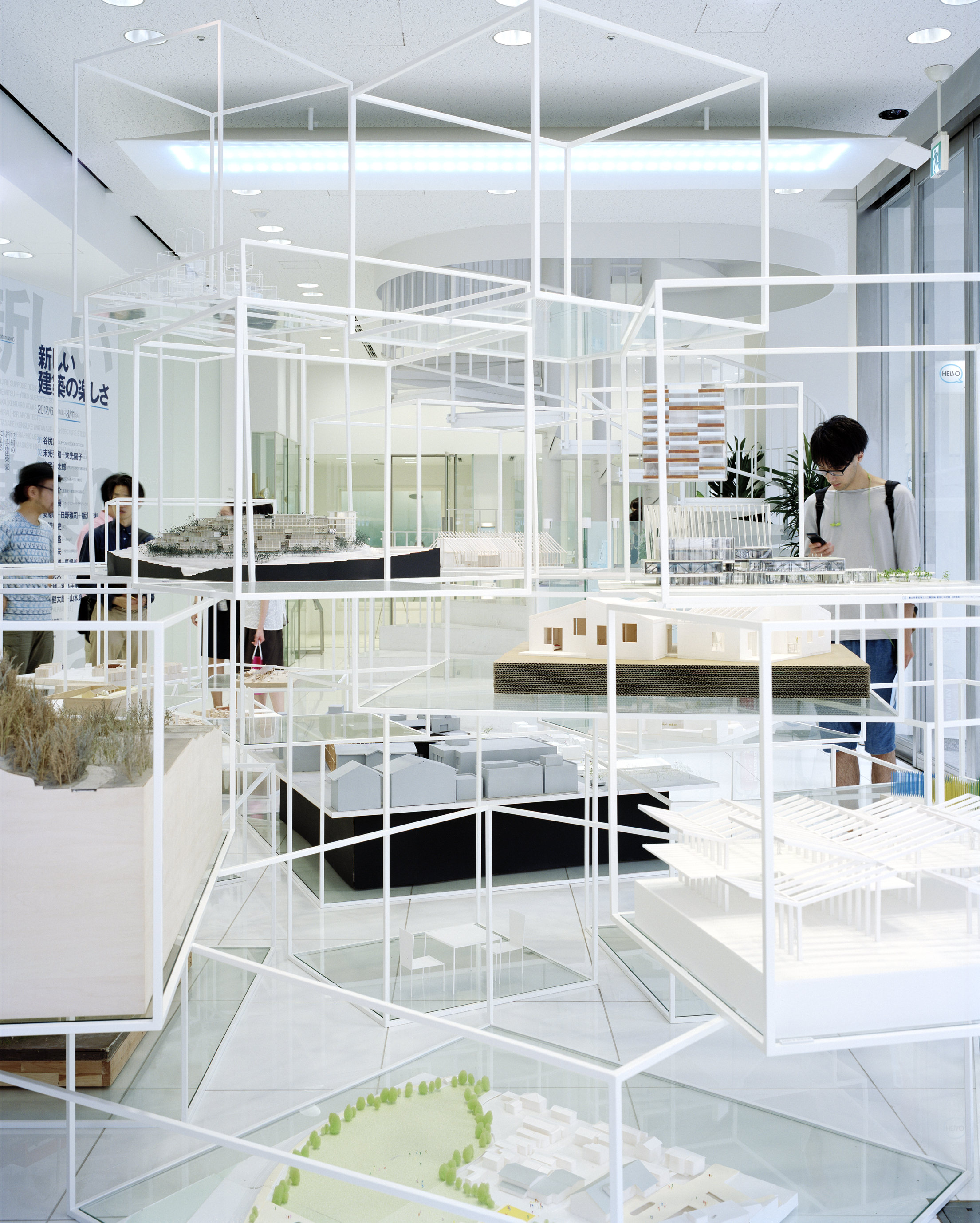 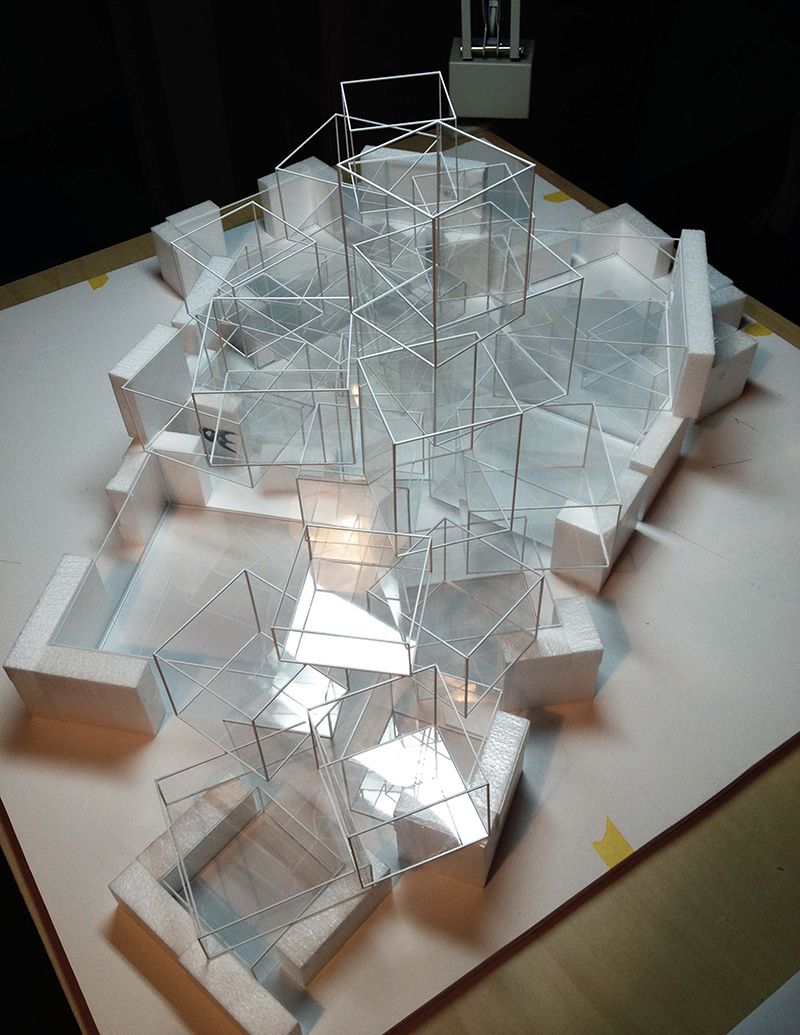 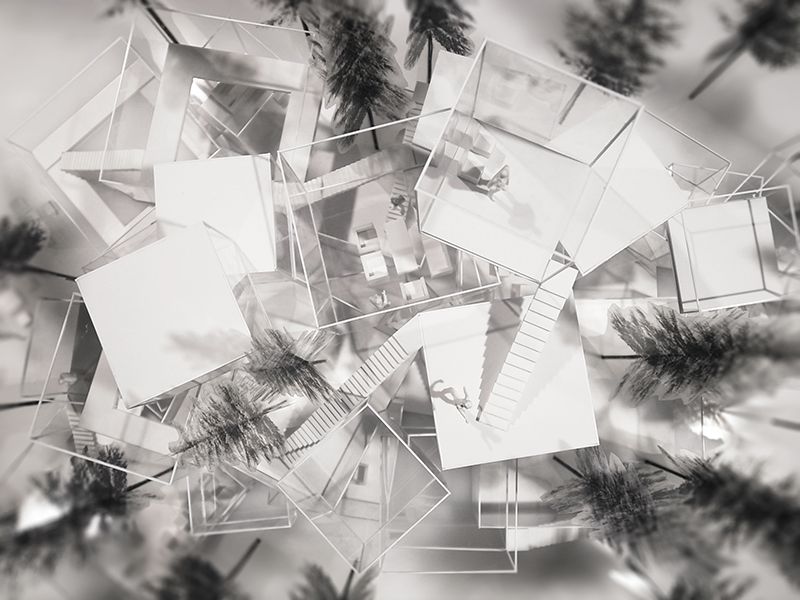 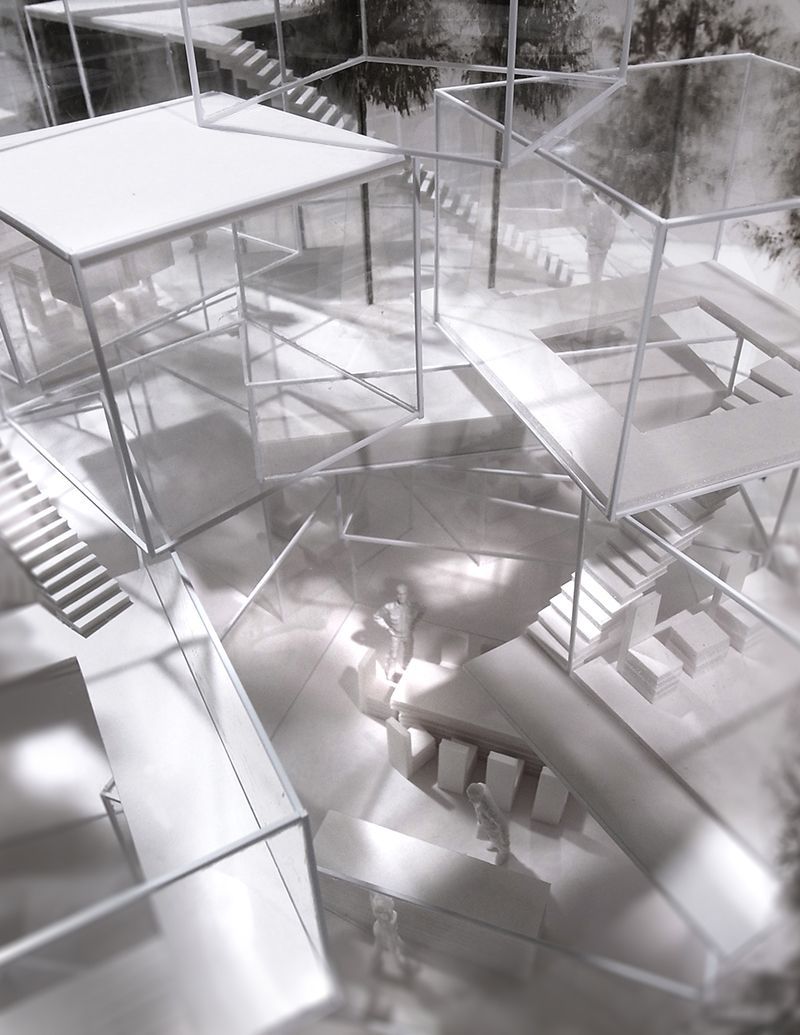 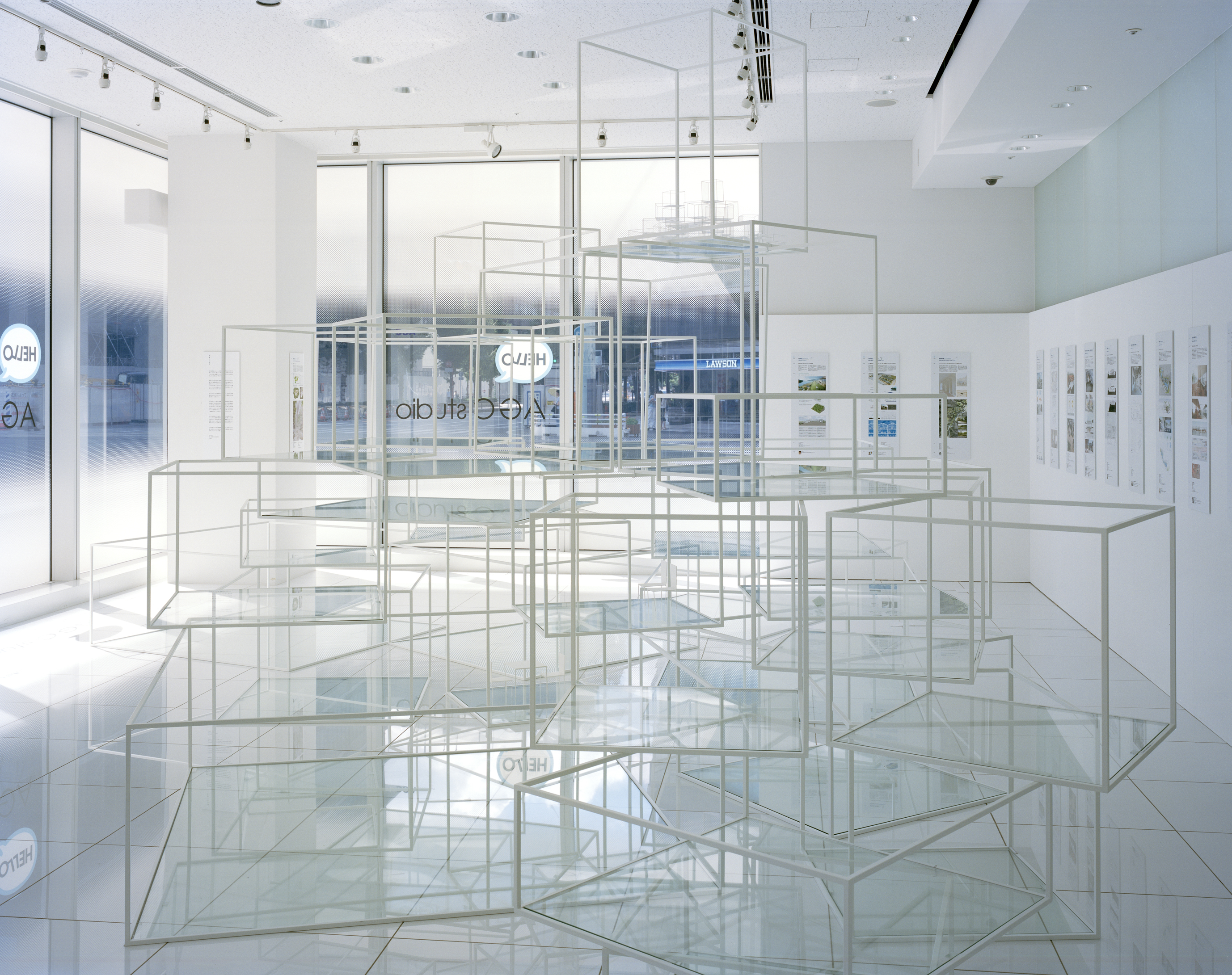 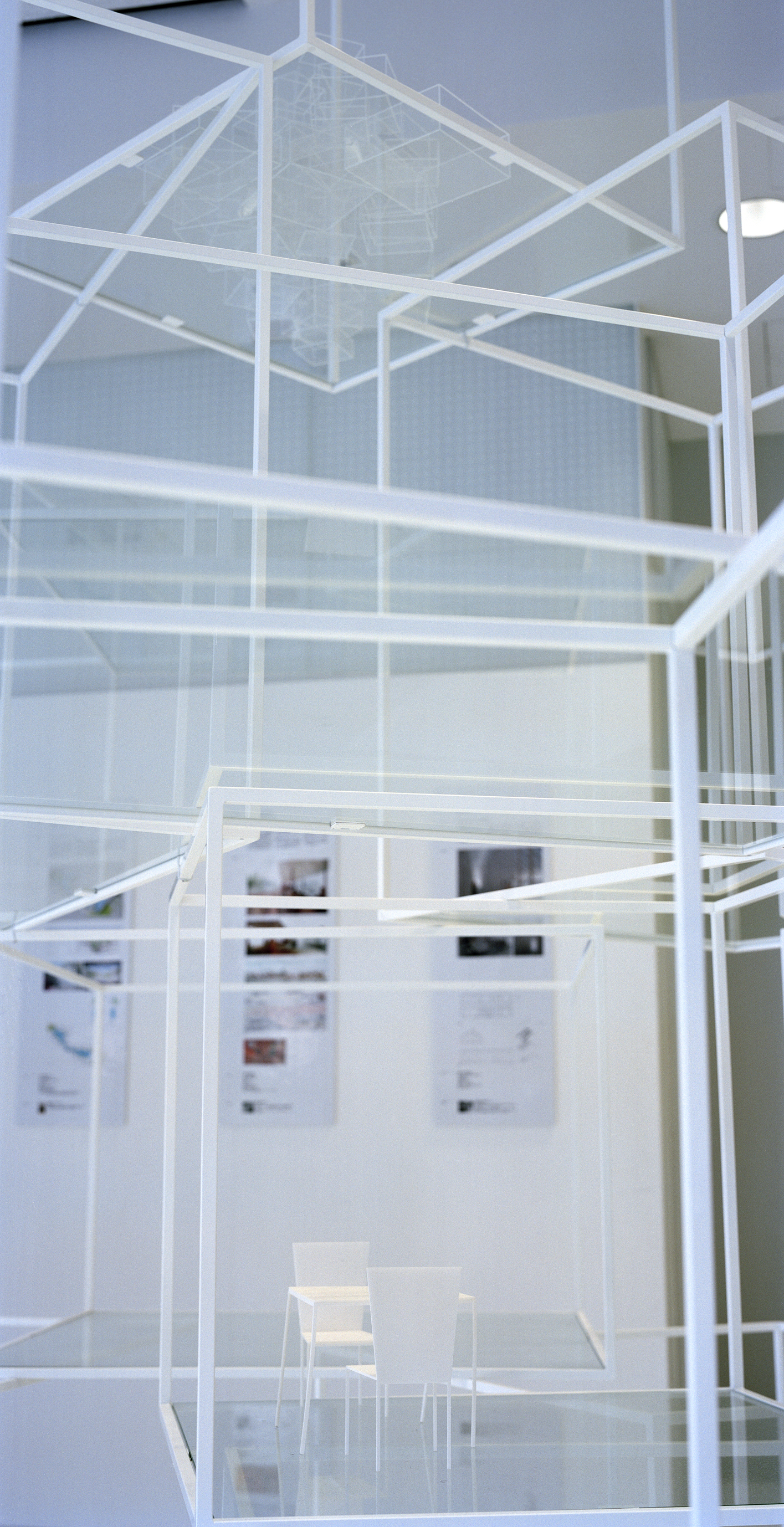 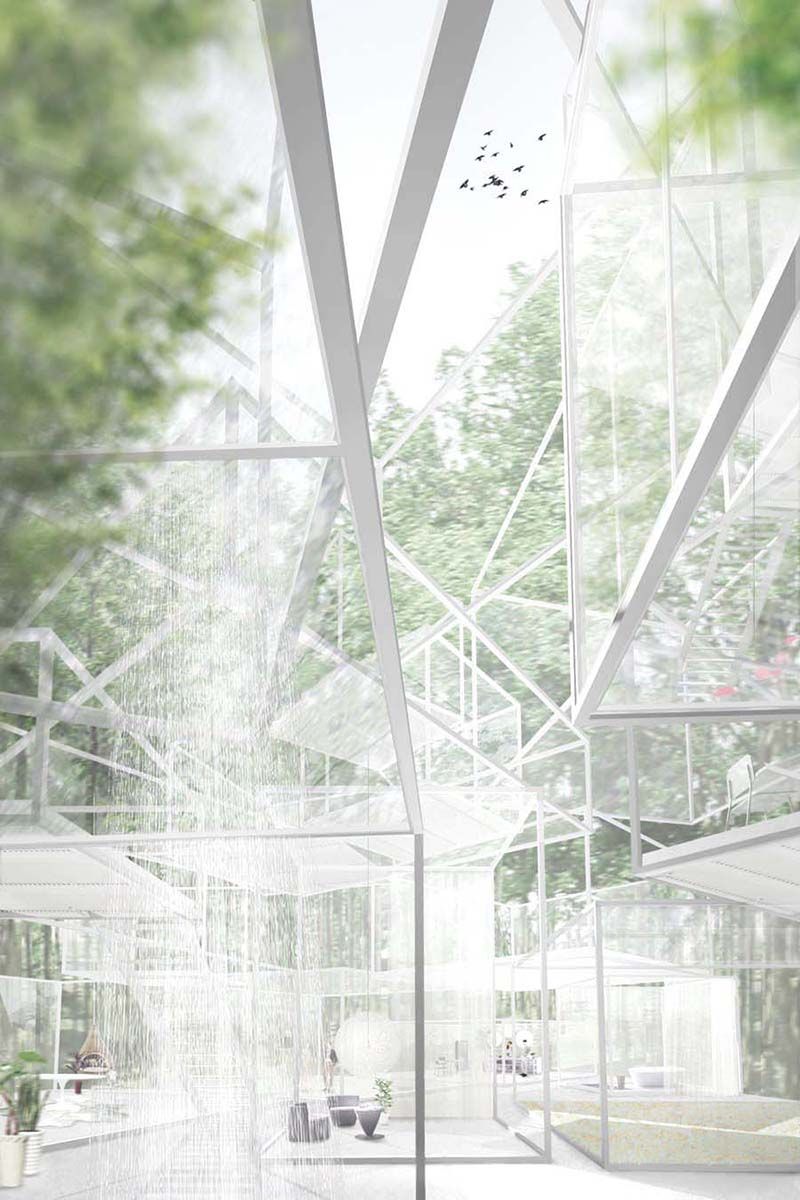 Joy of Architecture ‒About Scale‒
In response to the theme of ‘Joy of New Architecture’, I thought about proposing by the expression of scale, native to the discipline. Architectural models are made according to prescribed levels of scale for its specific uses. Generally models of a greater scale are made under the premise to overlook, and understand the entirety of the building form, layout and landscape. On the other hand, smaller scale models are often used for viewers to look in and provide a virtual experience of the space. In this exhibition, models of various scales are inserted in a show-case and as a whole made into a mountainous form. As if they are climbing, the viewers will start from the skirt of the mountain moving his sight dynamically towards the pinnacle. During which, looking over and looking in, one will be able to experience various sense of spatial experience. And through this hope that the viewer can enjoy the ‘Joy of Architecture’ scale. Simultaneously, this terrain-like cluster of models itself is designed as a 1-to-5 scale model for a second-house project. The overall scheme is coordinated to respond to the exhibition’s theme while using it as an instrument to innovate it itself into an architectural creation. And shown at the pinnacle of the mountain, the 1-to-10 scale model of the exhibition model, is a project-abstract which evidently hints at the totality of the project which is hidden within it. I strongly believe architectural scales are not destitute outcomes from the sheer difficulty to recreate, but is an extended concept which inspires and imagine a domain of spaces yet to be discovered.

Materiality
The exhibition venue, AGC Studio is a showroom for Asahi Glass Corporation, since the venue showcases various steel and aluminum sash and glass products as samples and partition walls, for sample purposes and for its building materials, I imagined that by producing the model showcases by steel square sections and inserting glass sheets within it, the exhibition will suit the context very well. The steel pipes are produced using 13mm by 13mm square hollow sections. For the joints where 3 pipes merge, the welding mark was carefully chiseled and polished and afterwards finished with baked paint coating. Also the drainhole for the paint has been designated separately according to its ultimate location; for the grid below eyelevel the drain-hole was designed to be on the underside and for the grids above the eye-level on the upper side. For the study of this proposal of stacking various sized showcases randomly, both aesthetic and structural studies utilized scale models which investigated the spatial organization and the structural adequacy simultaneously. For lateral forces, thin wires are used to bind the showcases to one another.