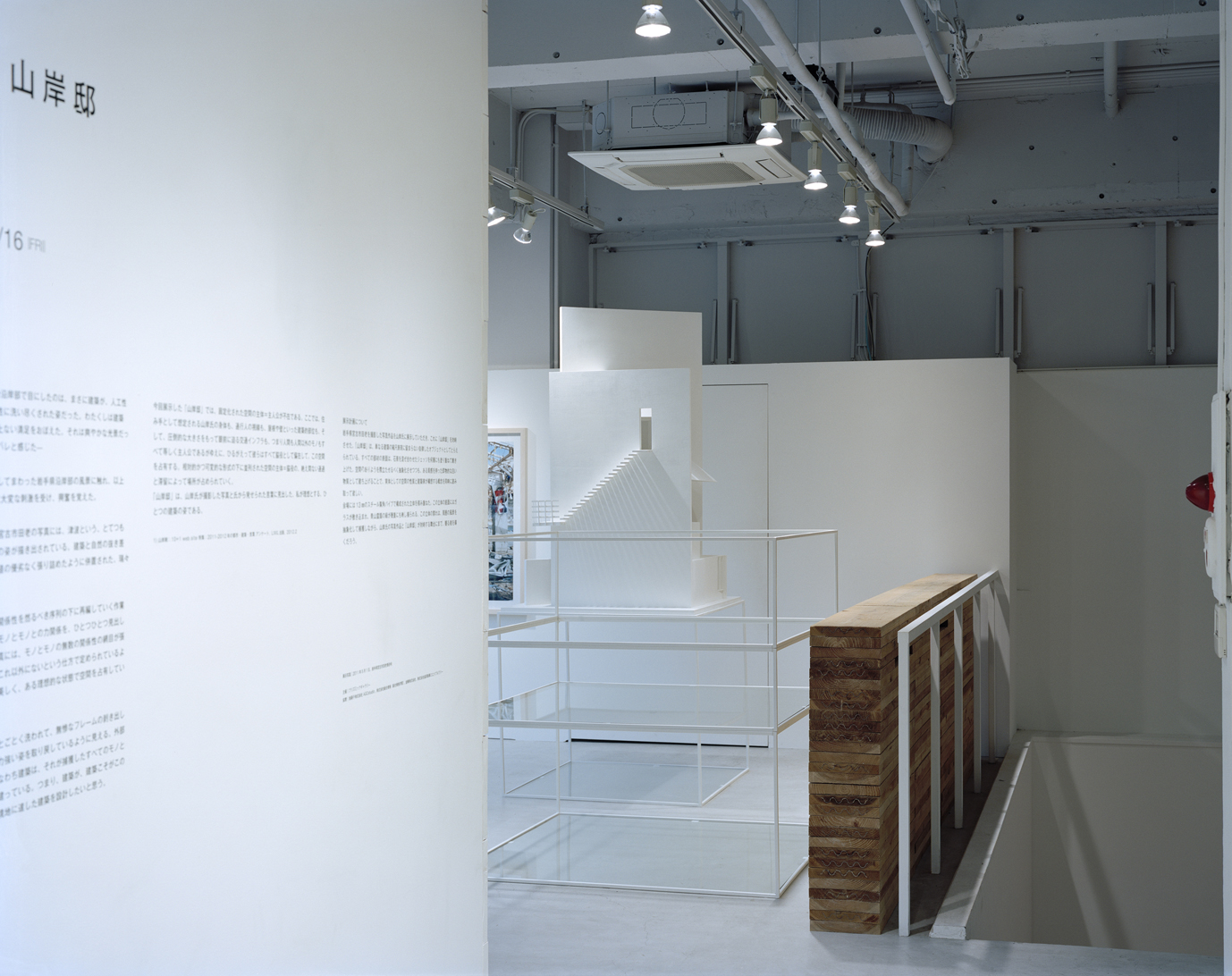 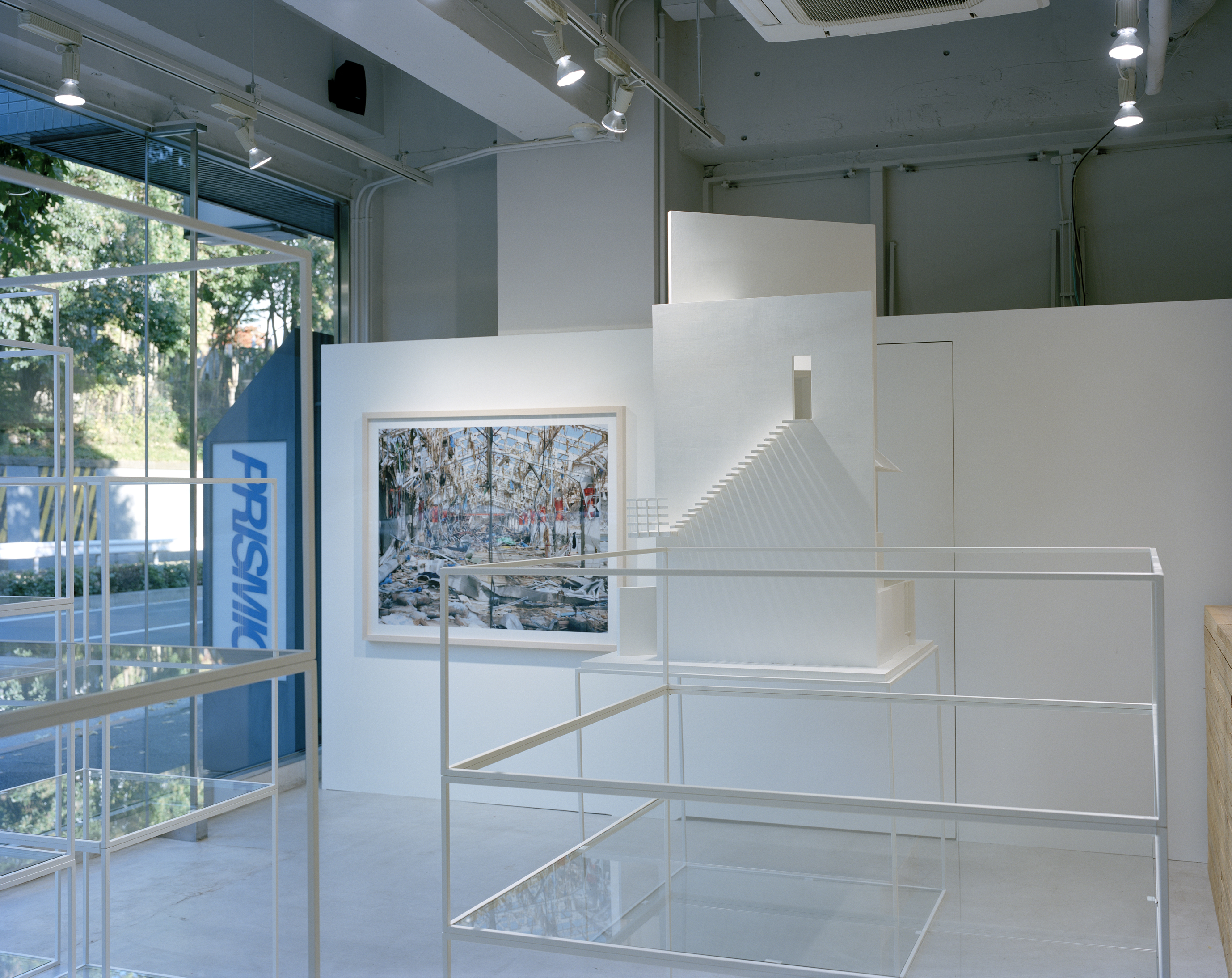 -After the disaster, what I saw at the coast of Iwate in May 2011 was a scene in which the architecture; architecture which represents the pinnacle of artificiality, being entirely washed over by the hand of absolute externality, the Tsunami. And when I saw architecture being grazed by such force, I felt an odd sense of satisfaction. It was an inspiriting scene. The architecture seemed healthier than ever before. Appale!, I felt.-

The above passage was recorded by Photographer Takeshi Yamagishi when he photographed the scenery of the coast of Iwate-prefecture after the Great East Japan Earthquake. I was truly inspired by these words, and could not withhold the excitement. The photograph of Tarou, Miyako city in Iwate taken on May 1, 2011, has captured an ultimate scene of architecture faced with the Tsunami; an inordinate sheer external force. In the strained relations between architecture and nature, all matters are posited taut in absence of order, embracing a brisk and yet sacred scenery. By definition, architectural design is a series of works to reorganize the relationships between miscellaneous elements under appropriate order, and that is, to discover one by one the force relationship between an element and the other occurring in space. In this photograph of Tarou, Miyako city in Iwate, infinite matters and its relationship are dispersed in network, I could not resist feeling that all things are placed in a way like no other. Supremely beautiful, all matters occupy the space in an ideal state. And the architecture, washed over by an overwhelming force of Tsunami, even after diminished down to its crude frame, seems to have somewhat regained the cogent figure of architecture. After touched by the externality, the remaining of its whole, namely, architecture is standing independently with the same strength as all things captured by it. In other words, the architecture, and only the architecture is creating such epoch scene. I aspire to design architecture which has achieved a state like this. In “Yamagishi House” co-exhibited herein, there is an absence of the fixed entity of space = the subject. Here, supposed inhabitant; Yamagishi’s body, the eye of passersby, architectural elements such as the roof and the wall, and the dominant traffic infrastructure which lays ahead of us; all matters human or not, is equally treated as the subject, and hence can be said that all matters play a supporting role occupying this space. The space is incessantly occupied by the subject of space = supporters paralleled under the relative and variable form, constantly traversing the state of motion. “Yamagishi House”, engendered from his photography and his words is an attempt to give form to one of my ideal state of architecture.

About Exhibition Plan
Co-exhibited the photographs of Tarou, Miyako city in Iwate by Miyagishi alongside the model of “Yamagishi House”, this model was depicted an object transcending architectural notion of scale. The surface of all components is polished after coating many layers of gesso combined with gypsum. The intention lies in abstracting down to the limit in order to emphasize only the spatial expression, while capturing the crude texture which reminds the viewers to its sheer physicality, I anticipate the viewers to feel both the space and the authors concept in this object.

Also in the gallery, lattice objects composed of 13mm steel square sections are stacked with glass panes installed underneath them. The reflection of the vivid greenery from the Aoyama Cemetery Park is multiplied within the layered glass. This installation aims to capture and abstract the surrounding while guiding the viewer to the contrasting setting of Yamagishi’s photographic image and “Yamagishi House”.